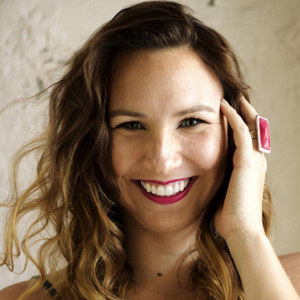 Sherrine Mostin is a jazz vocalist, composer/arranger, and educator based in Brooklyn, New York. As the bandleader of the Sherrine Mostin “Anymore” Project, she performs her jazz/rock/pop inspired original compositions with a quartet and will be releasing her debut album in 2020. Additionally, she is the lead vocalist for Rodolfo Zuñiga’s “Surfaces with Strings” band, which recently toured in Costa Rica.

Mentored by Terence Blanchard, Sherrine has explored the possibilities within the contemporary jazz idiom, which is reflected in both her compositions and arrangements.  Several of her vocal jazz arrangements have been featured at national conferences and festivals including the Jazz Education Network, American Choral Directors Association National Conference, as well as the Monterey Jazz Festival. Her arrangements have also been performed by notable universities in the USA and Canada; including CSU Long Beach, College of the Canyons, University of Miami, and American River College; along with guest artists including Karrin Allyson, Cyrille Aimée, and Becca Stevens.

During her time as a young professional, Sherrine has had the opportunity to work with several notable musicians including Gloria Estefan, Fred Hersch, Jeff “Tain” Watts, Terence Blanchard, Karrin Allyson, the New York Voices, and many others. In 2015 she won DownBeat Student Music Awards in the categories of: Graduate Jazz Vocal Soloist, Graduate Large Vocal Ensemble (University of Miami), Graduate Small Ensemble (UM), and as the director of the Undergraduate Small Vocal Ensemble (UM). In 2016 Sherrine participated as a clinician at the National Jazz Education Network conference.