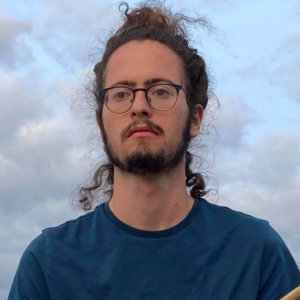 Ilan has known he wanted to be a drummer since age five. Two years later he got his first drum set, and he has been obsessed with rhythm ever since. Over the last ten years he has studied jazz, Brazilian and Cuban rhythms under Bob Weiner, Frank Cassara and Rodney Barreto. He has also played clarinet for twelve years and performed in classical and klezmer settings.

Ilan recently returned to Brooklyn from Fes, Morocco, where he studied Andalousi, Chgouri and Gnaoua styles on percussion and clarinet. He also spent a semester in Havana studying Cuban percussion. From an upstate summer camp to a Morocccan children’s shelter, Ilan always finds opportunities to teach music and inspire students wherever he goes.