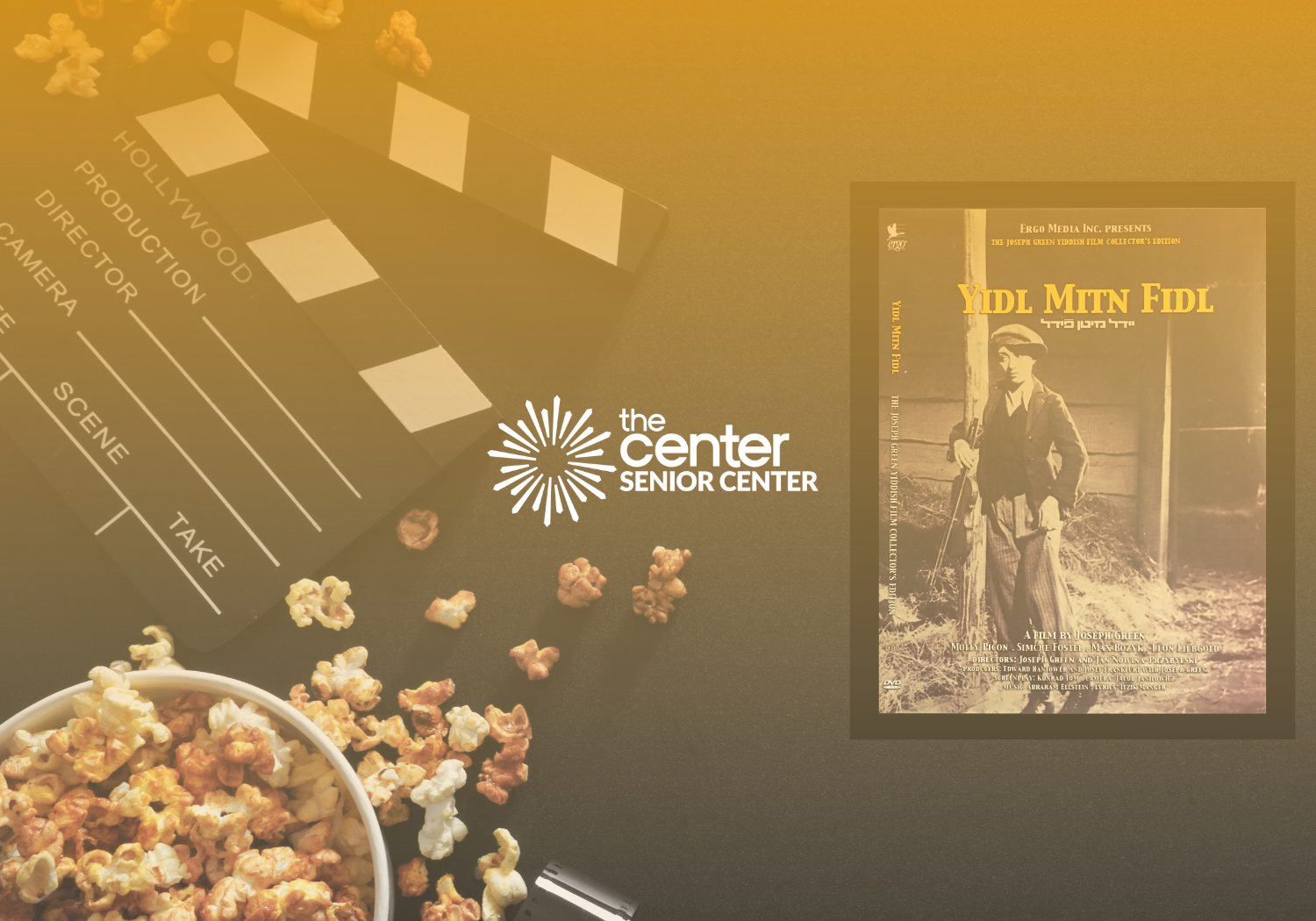 Pizza, Popcorn, & Movie with Esther Jaffe: Yidl mitn Fidl (1936). A classic folk comedy about a Jewish man and his daughter who, penniless, decide to become travelling musicians. The daughter disguises herself as a boy to relieve her father’s anxiety about unforeseeable problems that could befall a young woman “out in the world.” They then join together with “another” father-son duo for music, comedy and romance.